Join the most innovative theatre training program in the Capital Region! Broadway Camp provides an environment where aspiring performers, stage managers, and technicians learn the true meaning of Broadway, while working as an ensemble to produce a full-scale musical. Through skill building workshops, studio classes, and hands on training, Collaborative School of the Arts cultivates an environment built for student success. • Concentrated rehearsal and production/technical creative work leading to a full stage production on Proctors MainStage
• Master classes and workshops with Broadway professionals including performing, music and production (including but not limited to make-up, voice, diction and more)
• Individual vocal coaching (acting students)
• Assistance in preparing audition song book (16- and 32- bar audition song cuts) – Musical Theatre repertoire and selecting audition material suitable for you
• Individual acting coaching
• Identifying your strengths
• Broadway Camp t-shirt
• Resume preparation and review
• A once-in-a-lifetime experience to learn and share what you can do, developing skills and techniques that apply to any aspect of your life

Tips For Your Best Video Audition

Q: What is included in the cost of Broadway Camp?
A: The multi-week program includes daily rehearsals/master classes on getting into character, movement/speech for the stage, and improv/acting games and exercises. Production campers will have workshops in backstage fundamentals and musician campers will have workshops in specific areas of working in the orchestra of a live production. All students will have hands-on learning as they rehearse for the MainStage at Proctors production.

Q: Where is Broadway Camp held?
A: At Proctors, 432 State Street, in Downtown Schenectady.

Q: What should campers bring to Broadway Camp?
A: Campers should bring a bag lunch, their own resealable water bottle, and should dress accordingly (closed-toe shoes, comfortable clothes, with a sweatshirt/sweater in case they get cold from the AC).

Q: Does my child need to bring lunch?
A: Yes.

Q: Where do I drop off my child?
A: Dropoff is right in front of the building, located at 432 State Street.

Q: Who makes up the staff of Broadway Camp?
A: Broadway Camp staff is comprised of industry professionals (director, stage manager, and design team) all of whom have years of experience in their respective fields.

Q: What does Broadway Camp do?
A: The company members rehearse and perform all of the roles in the MainStage production.

Q: Do actors have to sing and dance to audition or be cast in the acting company?
A: Yes.

Q: Does my child need to have a headshot and resume to audition?
A: No. Any school – or other – photo will do; and students without a resume can list their skills/talents/hobbies when filling out the registration form.

Covid Protocols will be posted later this spring.

The Collaborative School of the Arts is looking forward to welcoming students to summer camps. Please know that we will be using the utmost caution when it comes to protocols that ensure the safety of students and staff.

Financial assistance is here for those that qualify! Please complete a tuition assistance form.

Due to the design of this camp, full attendance is required throughout each week. In the event that you are no longer able to participate, please submit a notice of your cancellation to Grace Janiszewski. Written notice of cancellation must be received two weeks prior to the first date of your camp or class in order for a refund to be issued. A 20% processing fee will be deducted from refunds. If a cancellation is submitted less than two weeks prior to the camp or class start date, a refund will be issued if we are able to move a waitlisted student into the vacated spot. Otherwise, a credit will be issued, which can be applied to future programs.

The Collaborative School of the Arts  reserves the right to cancel classes or summer camps due to insufficient enrollment without incurring obligation. If a class or camp is canceled, you are entitled to a full tuition refund. 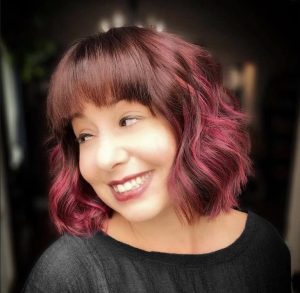 LIZ PICCOLI (Broadway Camp Educational Director) Previous credits include: Director/Choreographer/Dramaturg for Spandex the Musical– The Audio Musical mixed by Tony Award winning Kai Harada , starring Broadway’s Lisa Howard and Catherine Ashmore Bradley, written by Daniel Levin, Off-Broadway at 777 Theater and at the Miinnsky Theater in Minneapolis (www.spandexmusical.com,) Director/Choreographer for Billy Elliot starring Braden King and Mary Ellen Ashley at the Axelrod Theater in NJ, Director/Choreographer for Cinderella and Footloose at the Okoboji Summer Theater in IA, Director for a zoom developmental reading of Noble Family, starring Telly Leung, SDC Observer for Lysistrata Jones at the Judson Memorial, Director of New York Stories at the Triad Theater and Assoc. DIrector for Dragon Slayer and Pearl Diver at the Hudson Guild Theater in NYC. She has also choreographed the opera Goyescas for Bare Opera in Brooklyn and The Little Prince in Milan, Italy. Just before the pandemic, she choreographed Miss Saigon at the University of HI, in Oahu for Ohana Arts. Liz is currently working as a Director/Dramaturg for a new musical in development, CLOWNS, produced by Off the Leash Productions and written by Tony Scialli. She is more than excited to come on board as an Educational Director for the Proctors Broadway Camp this summer and create live theater again with such bright and talented youth! Liz currently resides in Woodstock, NY with her husband Michael Pearson and her 3 pups. Zaide, Trixie and Chester. www.lizpiccoli.com 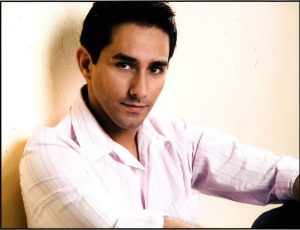 FREDDY RAMIREZ (Choreographer) is a Bronx, NY-born and raised performer, choreographer and teacher. He began dancing at Broadway Dance Center & STEPS in NYC where he focused his energy on studying all aspects of dance including Tap, Contemporary, Street Jazz, Ballet, & Modern. His training led him to begin his professional career as a core member and eventually a principal dancer for In Forward Motion modern dance company which debuted works from Merce Cunningham, Paul Taylor, and Colin Connor to name a few. He has performed in music videos and industrials in the U.S. and his dancing led him to Italy where he was featured in Tango!

In the musical theatre world Freddy has performed on Broadway in Grease! and in numerous Equity productions of West Side Story as Bernardo (including 250th Anniversary productions), Cabaret as Victor, Gypsy as L.A., Aida, Miss Saigon, Man of La Mancha, Evita as the featured Tango Dancer & Fosseto name a few; and he has toured in the European Touring Company of A Chorus Line and the 1st U.S. National  Touring Companies of Grease! & Peter Pan.

Expanding his art into choreography, Freddy has choreographed works performed in Germany, Italy and here in the US. He is an Associate Artist at Capital Repertory Theatre, the Assistant Artistic Director at the Northeast Ballet Company and has created choreography for both.

He most recently choreographed the world premieres of Naked Influence and Some People Hear Thunder, as well as The Irish and How They Got That Way, Full Monty, She Loves Me, Mamma Mia, Camelot, A Christmas Story, Gypsy and the Secret Garden at Capital Repertory Theatre.

Freddy has also been the choreographer for the School of the Performing Arts at Proctors, where he created the choreography for All Shook Up, Aida, Pippin, Les Misérables and RENT. 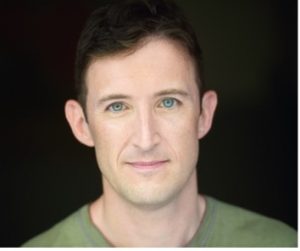 Andrew Gerle (Music Director)  – An award-winning composer, lyricist, and librettist, Andrew Gerle’s works for musical theatre include: Meet John Doe (world premiere Ford’s Theatre (DC), Jonathan Larson Award, cast album on Broadway Records); The Tutor (three Richard Rodgers Awards from the American Academy of Arts and Letters); Gloryana (Richard Rodgers Award, Kleban Award for outstanding libretto); Prospera (with lyricist Tom Jones, world premiere Tokyo 2019); and The Great Blueness. Concert performances at The Public Theater, Lincoln Center Songbook Series, VH1’s Save the Music, the Kennedy Center ASCAP Songwriters series, Joe’s Pub, Birdland. As a musical director and pianist, he has worked with artists including John Raitt, Brian Stokes Mitchell, Betty Buckley, Jennifer Holliday, and Leslie Uggams, and played in many Broadway pits including Newsies, An American in Paris, Matilda and Ragtime. Andrew is the author of The Enraged Accompanist’s Guide to the Perfect Audition, and Music Theory for Singers and Actors, and was a founding faculty member of the musical theatre program at the Manhattan School of Music. He is also the creator of the Periodic Table of Broadway Musicals, a popular poster now in its second edition. www.AndrewGerle.com.

Broadway Camp is Sponsored by:

Get the latest updates from Proctors Collaborative!